Anna is a ceramic artist working in the Kanimbla Valley, west of the Blue Mountains.​ Her work is mostly figurative, typically involving scenes of people and companion animals in domestic situations. Her ceramic pieces portray a gentleness and hope for the peaceful co-existence of all beings large and small.

Anna Culliton never had a colouring-in book when she was little. Her parents –Tony, a filmmaker, and Stephanie, a painter – wouldn’t let her have one. Instead, they insisted on her drawing her own pictures to colour-in. Anna wasn’t very good at drawing but her big sister, Lucinda, was a whiz at it. She asked Lucy to show her how; Lucy tried, but all Anna could do was copy Lucy. Mostly, then, Lucy drew the pictures and Anna filled them in with colour. The girls weren’t brought up to be anxious about keeping inside the lines. What Anna really loved most was playing with dolls, but as she got close to starting high school, she knew she’d have to stop it. She didn’t want to; but she made herself give up the pleasure. It was better than being derided.

It was her eldest child, Reuben, who got Anna into making pots. When he was born, Anna and her musician husband Boris Hunt were sharing a house with Lucy in Sydney. In the mid-1990s, when Reuben was three, he, Anna, Boris and the one-year-old Lucius moved to the Kanimbla Valley in the Blue Mountains. A few years passed, Stella was born, and one by one the children started at Hampton Public School, which had a couple of dozen kids and two teachers. On Tuesday afternoons the pupils split up into interest groups. Reuben started making pottery and bringing it home; Anna was envious. She went down to the school herself, and Michael Conlon, the ‘Hampton Potter’, showed her how to throw a dish. The more she practised, the more she fell in love with the idea of her family eating from plates and drinking from vessels she’d made; she imagined whole dinner sets stacked in their kitchen cupboards. In 2001 Lucy gave her a present: an enrolment in a summer school course at the National Art School. 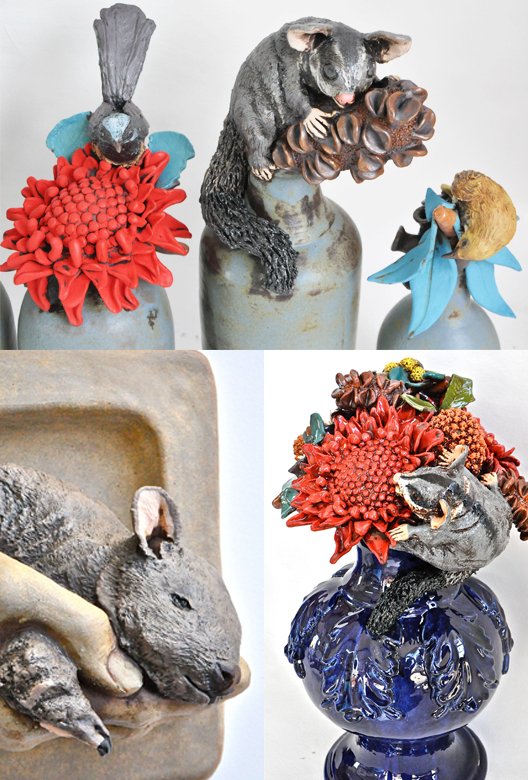 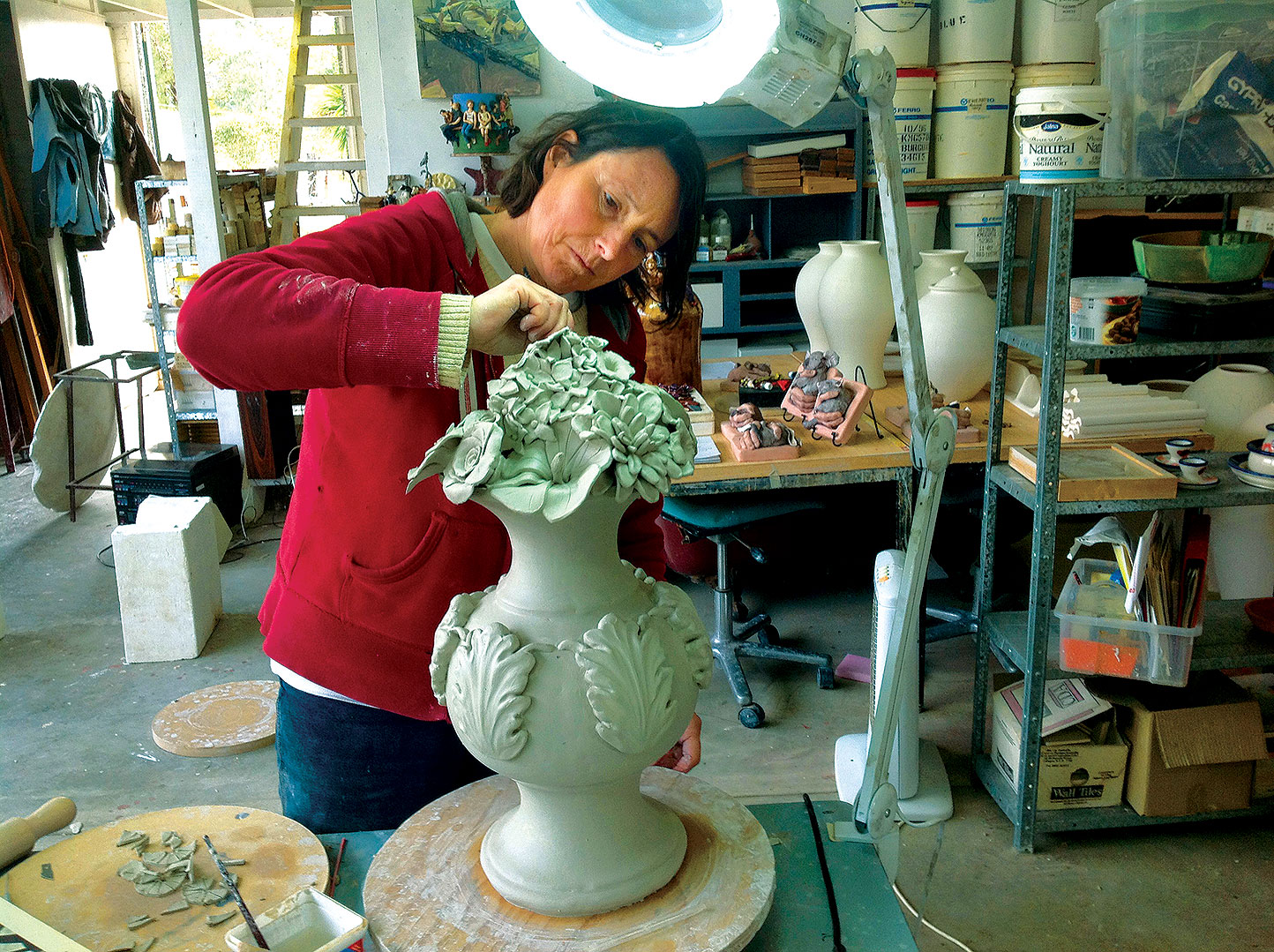 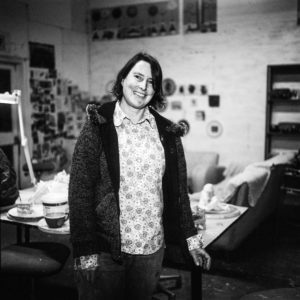 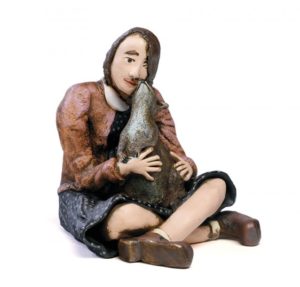 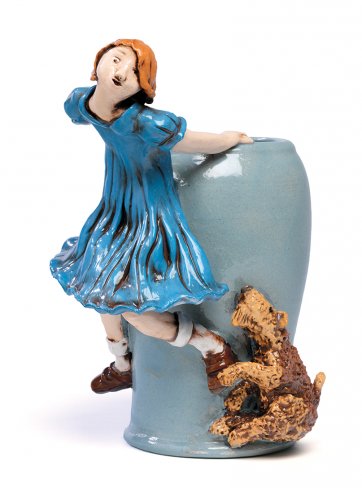 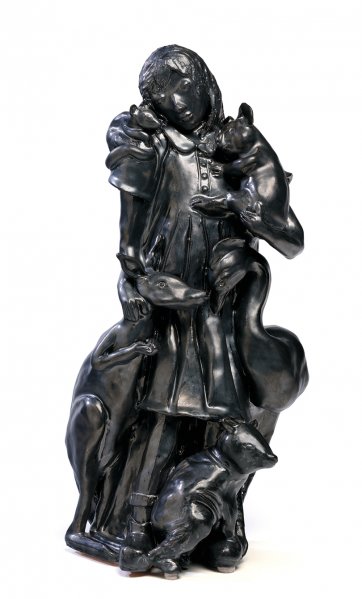 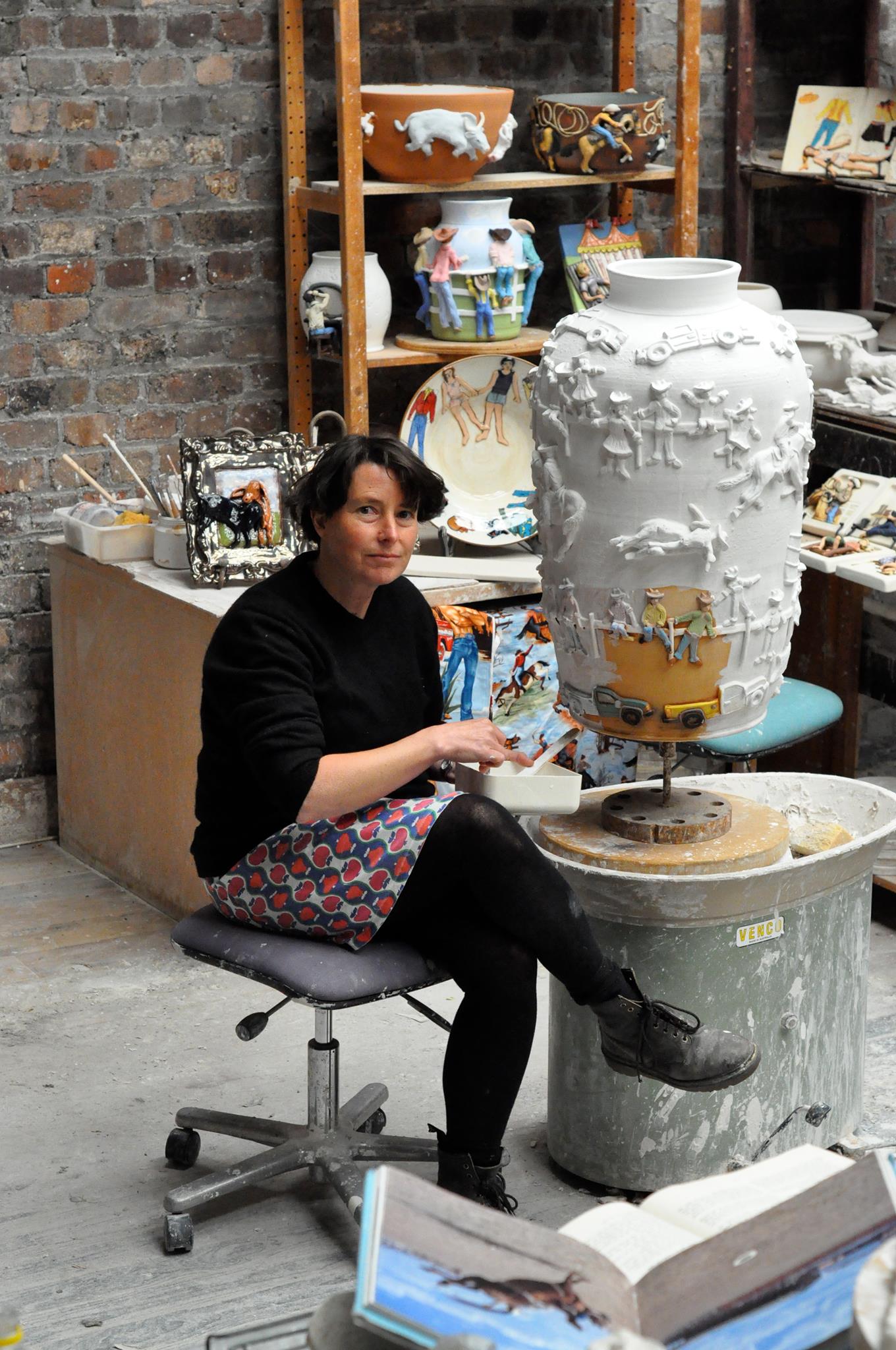 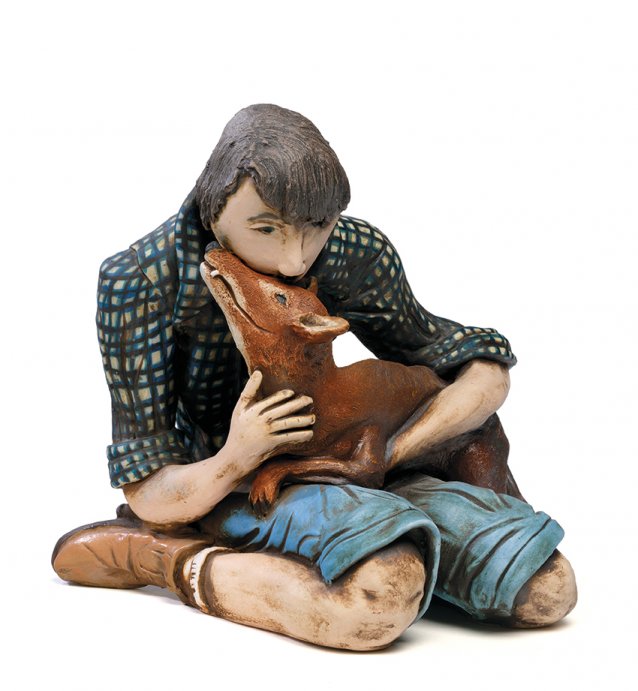 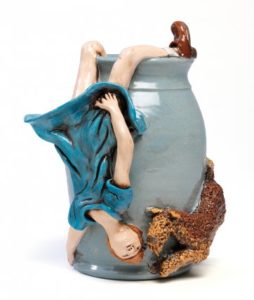 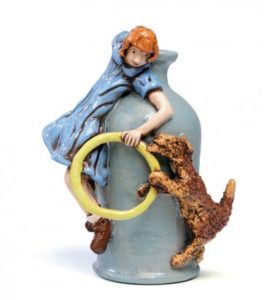 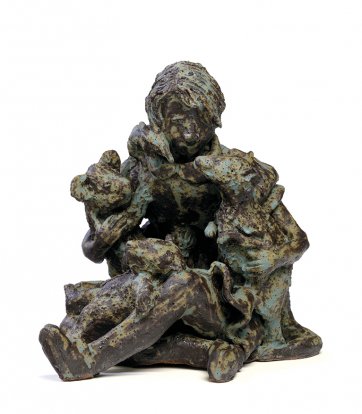